Austrian tyro Dominic Thiem edged closer to a semi-final showdown with Novak Djokovic at the French Open when he beat Spaniard Marcel Granollers 6-2 6-7(2) 6-1 6-4 to reach the last eight on Wednesday.

On a match that should have started on Monday but was delayed by rain, the 13th seed’s power proved more efficient than Granollers’s claycourt experience.

The players were locked at one set all when rain interrupted the contest on Tuesday and Thiem was much the better on Wednesday, oupacing the world number 56 who failed to convert six of seven break points. 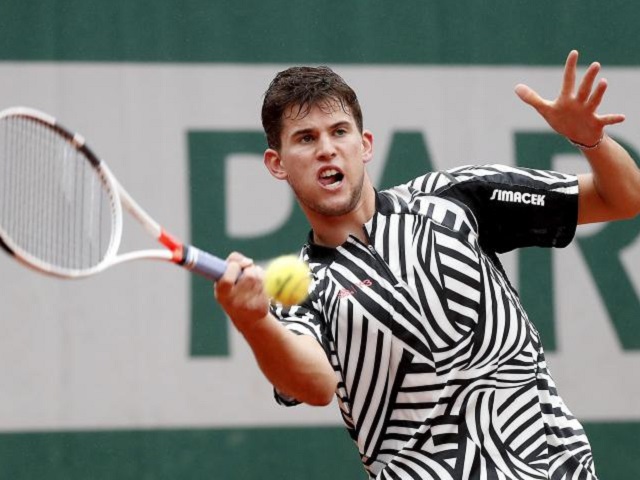