Jo-Wilfried Tsonga sent France into the Davis Cup semi-finals after beating Jiri Vesely of the Czech Republic on Sunday to hand his team an unbeatable 3-1 lead in their quarter-final.

In their quest for a first Davis Cup title since 2001, France will now face either the United States or Croatia in the semi-finals in September.

In a clash of the teams’ number-one players, the 23-year-old Vesely took the first set on a single break and both held on to their serves in the second, which went to Tsonga, 31, in a tie-break.

A dominant Tsonga then broke Vesely’s serve for the first time to win the third.

In the fourth set, Tsonga survived three break points in game six and broke again five games later to win the rubber and the tie.

“With the experience I have, I knew that even despite a poor start it’s not over, it goes on, the rubber is long,” Tsonga told reporters.

“But I really had to work hard to win today.”

“It’s harder to play when you’re 2-1 down, I gave it my best, I felt much better today than on Friday, maybe because I had absolutely nothing to lose.

“I’m sorry about the second set, I played well and if I had managed to win maybe things would have been different, but it’s hard to tell.”

French captain Yannick Noah said he had no preference when it comes to the semi-final rival.

“Whatever team we face, I sincerely think that if we arrive well-prepared, ready, in our best shape, we will win the Davis Cup,” he said. 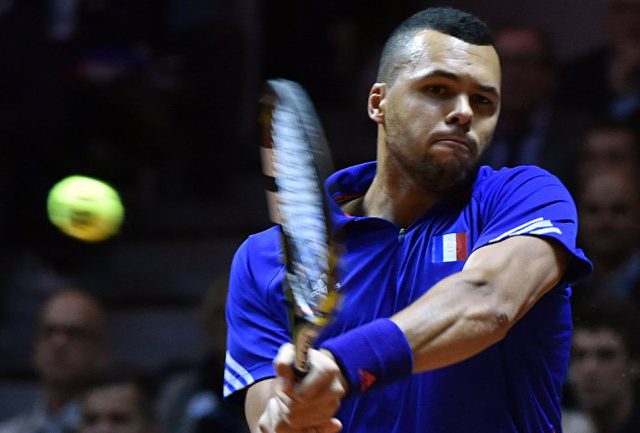