For a man whose singles prize money this year had not topped $300, to have won in the first round at Wimbledon is nothing short of a miracle. For him to face Roger Federer in the next round is pure dreamland.

British world 772 Marcus Willis earned himself a place in Wimbledon folklore and a spot in fans’ hearts by beating Lithuania’s Ricardas Berankis, ranked 718 places above him, 6-3 6-3 6-4, sending the Court 17 crowd into utter delirium.

On a day with little to cheer for home fans, Willis, who had to come through two rounds of qualifying, took to the court against the world number 54 like he owned it.

The 25-year-old saved 19 out of 20 break points and won 72 percent of points on his first serve.This from a man who described himself as a “loser” and a “fat boy” who had to get himself in shape, who coaches at 30 pounds an hour to pay the bills and had to be persuaded by his girlfriend not to jack it all in.

As the cheers were still ringing around the rowdy crowd, British number one and 2013 champion Andy Murray, who starts his campaign on Tuesday as second seed, tweeted: “Marcus Willis, how good is that!” Congratulations also came from Goran Ivanisevic, who won Wimbledon as a wildcard in 2001.

“Goran just came around and shook my hand. He’s my hero. I’m a bit…,” Willis told reporters, trailing off in grinning disbelief.

He is now guaranteed to win at least 50,000 pounds ($66,000) and next up his Swiss master Federer, who defeated Argentina’s Guido Pella in straight sets.

“Obviously, it’s an amazing dream come true. I get to play on a stadium court. This is what I dreamed of when I was younger,” Willis said. “I’m going to go out there and try to win the tennis match. I probably won’t. I might not. But I’m going to give everything, as I have the last seven matches.”

Federer was equally captivated by the Willis fairytale.”I think it’s one of the best stories in a long time in our sport. This is the kind of stories we need in our sport. It’s a great, great story,” said the 17-times grand slam champion.

“I’m very excited to be playing him. It’s not something that I get to do very often. I’m looking forward to that.”

Willis is the lowest-ranked qualifier in round two of a major since No. 923 Jared Palmer at the 1988 U.S. Open. Bookmakers Ladbrokes are offering odds of 8-1 that he reaches the world top 100 by the end of this year. 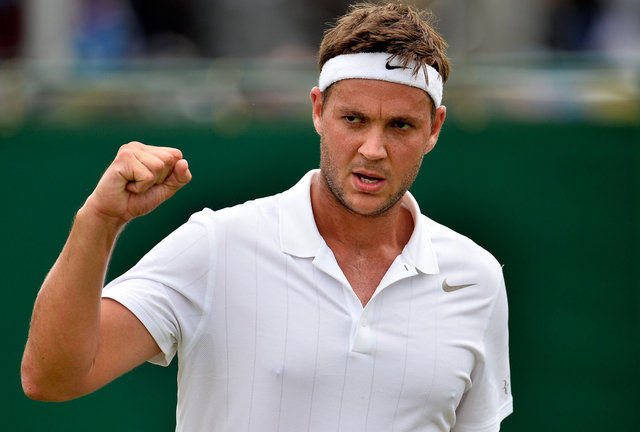