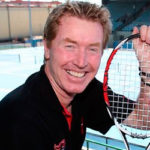 The future looks bright don’t it for men’s tennis in Australia!

We have three young players who are making a definite name for themselves on the Tennis Tour and keeping the flag flying as far as tradition goes in our country.

Credential strong they are.Solid results.Making headlines not always based on their tennis ability.

Tomic seems older than his 23yrs given he burst on to the scene quite early on, posting results at Slams in 2009.His relaxed languid style has caused concern at times for those who follow him, wondering if he actually aspires to shake hands as the winner.

A player who manages to carve the ball in to several pieces when the current landscape prioritizes power with a hint of topspin.

With his height advantage, his serve is a definite obstacle to deal with but perhaps a lack of aggression when returning an opponents serve and apply constant pressure with firm hitting in rally mode makes him less of a threat to the very best in our game today.

Moving the ball around in to corners is a wonderful asset but it also necessitates patience & precision plus a good deal of fitness to last in longer rallies.

Fitness might not (yet) be one of Tomic’s strongest assets and the buildup of court time in a Masters Series/Grand Slam is a hurdle that proves to be daunting for BT.

Daylight does beckon if he can punish balls from the ground with zing ending the point instead of massaging it over extensive rallies.

For now – Tomic might be maxing out as far as ranking goes until the complete use of his height & power game can be more effective vs the top 10. 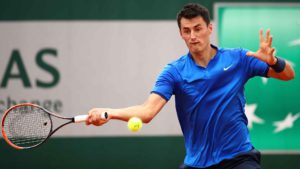 Kyrios never seemed to doubt that he would transition from junior ranks up to ATP level.

The X factor was evident to Pat Cash when he was in charge of Australia’s Jr Davis Cup effort a few years ago. He hoped that Tennis Australia would carry on nurturing Kyrios to fulfill his destiny that Cashy could see.

The assets of Kyrios are clear……..standing 6ft 4 he takes charge early with a devastating serve to corners of the service box that is a powerful punch which sends an opponent on the back foot immediately.

If the return is made………standing 6ft 4 he is able to take a swing from either wing to signal his intent of remaining in control of the rally. His goal is not to drift too far behind the baseline. Take charge young man!!!

His ability to move swiftly between each point on serve must feel like a tidal wave that keeps coming down gathering in speed & looking more troublesome to deal with. Relief comeswhen a change of ends arrives! 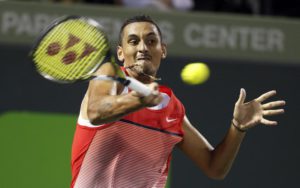 Dare you extend the game by keeping the ball in play……..standing 6ft 4 he has the option to move forward with akeenness to volley& displaying a fine feel & sense at net displaying another weapon of choice if needed.

Standing 6ft 4 does have it’s setbacks. A problem area has been the movement of this gifted young player, none more so when recovering from end range out of the deuce court or even pushed at end range to the deuce court.

His f/hand becomes trigger happy at times and recovery a little untidy.

Yet in 2016 his continual & almost silent rise up the rankings, starting at #30 and nowis sitting inside the top 20 thanks to winning his first ATP Tour title and dedication to working on his game –physical & mental side.

This too has brought victories, five of them over top 10 players in 2016 – impressive.

That elite circle of top 10 beckons and learning to handle the associated pressures of being a marquee player, the ups & downs, good days & bad days will perhaps decide if this occurs in 2017 or beyond.

Next in line is Thanasi Kokkinakis and you can spot the trend.
TK has so many assets that could allow him to land comfortably inside the top 20 if not higher. 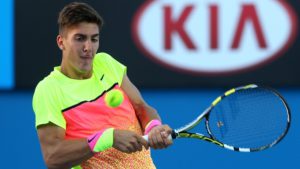 The bonus for Thanasi has been the jet stream behind Tomic&Kyrios and building a game that initially had pundits (myself included) thinking he could eventually outshine both.

However the physical impact has affected TK and undergone surgeries to repair weakened parts of his growing 20yr old frame.

The 2015 season was looking bright but some niggles appeared at the back end of the year and compromised his chance to build further his reputation & ranking. An announcement came early in 2016 that shoulder surgery was required and a nasty bout of rehab necessary at a time when he had hoped to be slamming f/hands by many opponent.

Roland Garros has ended and Kokkinakis has not yet reappeared.Word is afloat the grass season will welcome him back but this is on a surface that he has spoken about as not one he finds amiable.

The new wave of Australian players don’t embrace grass in the way the generations before did, their games not always built to athletically move forward to net and often find themselves bewildered on the surface.

TK will volley but he prefers to move forward when in control of the point. His volley becomes questionable when drawn in under suffered enough and forgets to close the court down i.e. reaching the service line but then not hunting for the next volley.

TK’s b/hand is still a work in progress as his movement around the court.

Missing the first 6 months of the season………returning to the ATP Touron a surface he isn’t comfortable with………..where the serving stats need to be of a high standard which will quickly test out his repaired shoulder – it might be till mid-2017 before we see the true Kokkinakis. 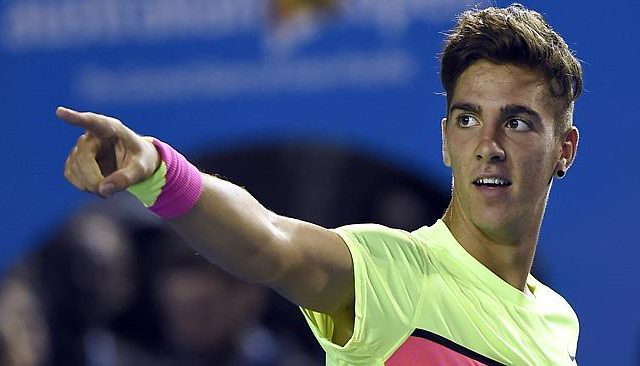