The TTB Editorial
by TTB Team

Any tennis fan knows very well that clay has its own codes. Today, in Monte Carlo it has been demonstrated once more. In the biggest surprise of the year, Jiri Vesely has defeated 6-4 2-6 6-4 Novak Djokovic – who has not played on clay since last edition of Roland Garros – making value of the four matches on clay the Czech had played in Marrakesh last week.

Djokovic started the match as he usually does in his recent debuts: cold, somewhat erratic and suffering the lack of adaptation to the clay. Many unforced errors and a moderate pace in which Vesely felt like a kid in a candy store. World number one forehand did not put in trouble at all to Czech who, without complexes and nothing to lose, played pretty aggressive since the first minute, especially with his backhand.

Vesely won his service games without any problem – Djokovic only won 2 of 22 return points in the first set- and his confident was increasing when he has to retrieve. He was about to get a break in the fifth game and at the seventh he did it. 6-4

The second set started with the same pattern but everybody in the Country Club seemed convinced that the Serbian reaction would come sooner or later. Djokovic was not playing well and accused too much the change of surface, but the name of Djokovic is so heavy that no one doubted that Vesely would have to settle for playing the role of Fratangelo.

The sensations were confirmed midway through the second set. Djokovic keeps playing without accelerating the pace of play, but he reduced the unforced errors and that seemed to be enough win the match. Two breaks in the sixth and eighth games give him the set, 6-2, and the destiny of the match seemed wrapped up.

But in tennis it is not always enough to not fail, even if your name is Novak Djokovic. The Serbian came out in the third set waiting the unforced errors of the Czech. A plan that perhaps has worked many times lately, but today Vesely was not content with that. The Czech recovered his aggressive pattern and surprised world number one again in the first game. A break that was not in the script.

Djokovic could tie immediately. More because of the mistakes of Vesely than because his own hits. Vesely refused to finish off a ball that seemed easy and his forehand went beyond the line. Next, Djokovic took advantage of the break point. He would never have another in the rest of the game.

Vesely, far from become discouraged, got a break again in the third game. There were time enough to overcome, but Djokovic did not accelerate the pace, he did not pressured Vesely or risked in his shots. The match was slowly wasting away and the King of tennis was unable to give a step towards. He barely tried a game with drop shots in which the Czech, very attentive and fast, almost always emerged victorious. Nerves, if they existed, did not result in errors and finally Djokovic hands over, placidly, the game.

It is been almost six years since Djokovic has lost against a player out of the top-50. Xavier Malisse was the last who beat him in Queen’s 2010. The Serbian did not lose in his first match of a Masters 1000 tournament since he lost against Dimitrov in second round at Madrid 2013. In the opposite side, Vesely gets his first victory before the top-10 – he had lost his eight previous matches – with nothing less than a victory against the number one in the world. And he also achieves his first classification for the round of 16 in a Masters 1000.

It has been a huge surprise at Monte Carlo. The victory of Jiri Vesely not only shows us that tennis on clay has very specific requirements, as the other day commented on his blog Alex Corretja. Also reminds us all something that sometimes we forget. Nobody is unbeatable. 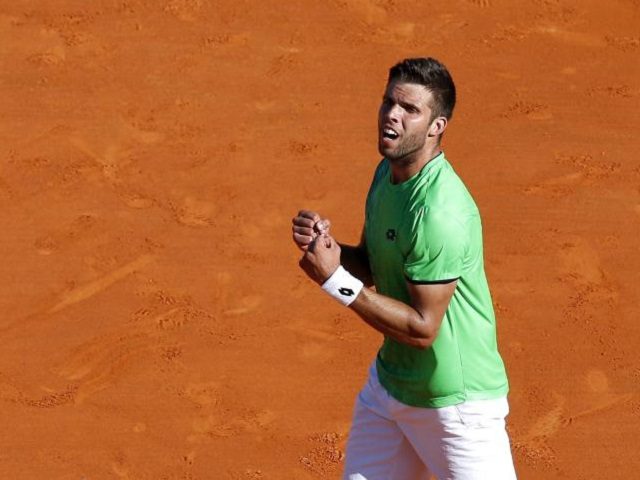