This is a classic match in the circuit. It is the ninth edition of a clash which Nadal dominates clearly 7-1, dating back that single victory of the Italian to Rotterdam 2008.

This season is being very negative to Seppi. He finished 2015 in the position number 29 of the ATP ranking and currently he occupies the 87th. He has lost 58 positions and he has a negative balance, 18 wins and 19 losses and he only has passed the third round in Nottingham, a couple of months ago. Very far from the excellent results achieved last year. In this US Open he defends his third round in which he lost last year against Djokovic.

Nadal, twice champion of this tournament is not at his best. The wrist injury which obligated him to leave Roland Garros when he was finding very positive feelings has meant that he had to be away from courts until the Olympics Games in Rio, where after reaching semi-finals, he could not get any more victory, being defeated by Del Potro and Nishikori. In Cincinnati, he was beaten by Borna Coric, after losing his service five times.

Is precisely in the service where Nadal is showing more vulnerable. He showed up at the US Open as the only player in the top-10 who is below 80% in service games won this season. He has broken that barrier after his match of first round with Istomin (80,08% after that match). This problem of weakness of his service occurs even though the Balearic has one of the best first service percentages of the circuit, an excellent 68% that, however, is really hard for him to take advantage of that.

But certain is that everything he loses at service he gets it as returner. He is leader of the circuit on percentage of return games won, with a 37,02% (194 of 524). This capability, which he has made brilliant in his entire career, allows him to hide his problems at serve with quite effectively.

It is true that for Seppi has been always difficult to take advantage of that weakness. In their 8 matches played, he only has been able to break Nadal´s service in 15 occasions, converting a 34,09% of the 44 opportunities of breaks points he disposed. In the last match between them, second round of the Olympic tournament in Rio, he only had two chances which missed. Nadal won with total authority, 6-3 6-3.

Seppi defends third round in this edition of the US Open which is his best result, he also reached that round in 2008 and 2013. The Balearic defends the same round after losing last year against Fognini in that famous match in which the Spanish champion bottomed out.

The victory of Nadal over Seppi, a player to whom he has always beat easily, seems clear. However, there are many uncertainties surrounding the Balearic, starting by his physical condition. The defeat against Coric in Cincinnati may be due to fatigue accumulated in the Olympic tournament, but we could not see a reliable Rafa in Rio either, always with many problems when he comes to serve. A set for Seppi is paid to 2,37, we calculate a value for this odd of 20%. It is true that Seppi does not get a set from Nadal since 2009 and  last match between them was very comfortable for the Spanish, but tomorrow Seppi can have a last opportunity to get Nadal into trouble even though he will fight as he always does. 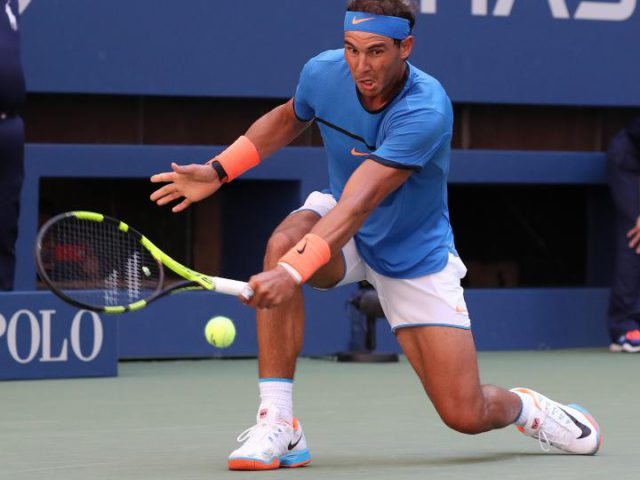